Stories of OpenETC in Action

"Nothing is yours. It is to use. It is to share. If you will not share it, you cannot use it.” ― Ursula K. Le Guin

A brief reflection on what I liked about OpenETC for creating my course site, Student Research and Public History at the North Pacific Cannery, Prince Rupert BC (HIST 493 at UNBC).

This course aims to take the study of history to one of Northern BC’s foremost national historic sites. The North Pacific Cannery was the longest-operating cannery in British Columbia (canning fish from 1889 until the late 1970s). Aboriginal peoples from the north coast and Skeena River basin, immigrants particularly from China, Japan, the United States, and other people born in Canada worked in various aspects of the commercial fishery of British Columbia, which quickly became part of the industrial and global food economy. In addition to the social and cultural impact on the Tsimshian peoples and the emergence of Canadian towns in the region, these human activities had a massive environmental impact. Salmon stocks were greatly depleted, as canned North Pacific salmon found their way into homes across North America and Europe. The setting of the course offers students the opportunity to learn about how to apply historical knowledge, skills, and methods to a real-world situation, namely a historic site that shapes the views of residents and visitors about the past.

The site includes examples of student projects in the forms of

Camosun Faculty Reflect on the Past Year

Let us know if this story inspires you or helps you better understand what the OpenETC is all about! 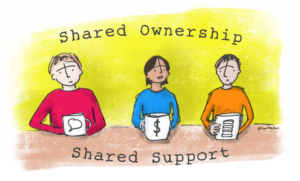 The OpenETC is a community of educators, technologists, and designers sharing their expertise to foster and support open infrastructure for the BC post-secondary sector (learn more…)

If you have made use of an OpenETC service or platform, a not so small way you can give back is to share in this site your story, what you were able to create, and what it did for you.

Add your story to the collection!

Stories of OpenETC in Action • blame cogdog • SPLOTbox theme is based on Garfunkel by Anders Norén.